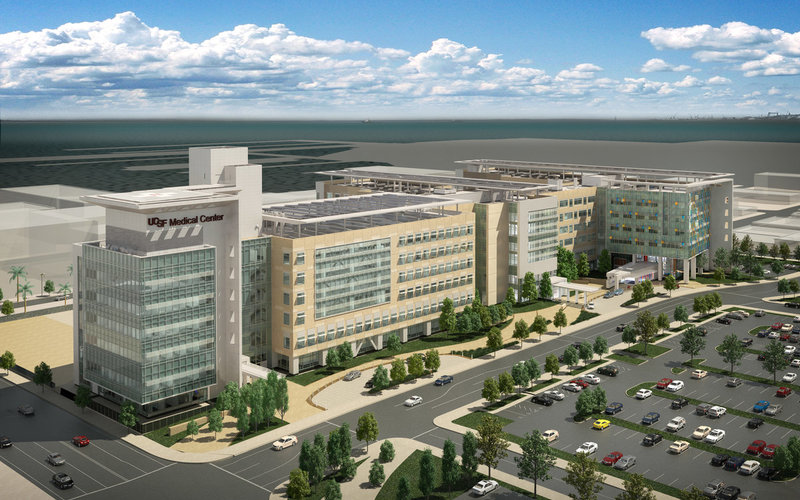 It was a mission of the new UCSF Medical Center at Mission Bay to be designed for health -- for the individuals who will use the new Medical Center, the Mission Bay community, and the greater global environment.

While the building industry has started considering environmental criteria in choosing building materials, the long-term human health component has not really been tackled yet. During early design work and sustainable brainstorming for the new UCSF Medical Center at Mission Bay, the Stantec design team realized that the very buildings dedicated to providing healthcare are known to contribute to some of our greatest health problems. The team also realized that there was no proven system of researching and testing what materials were potentially harmful to the health of building inhabitants.

Good resources for known carcinogens are lists developed by the U.S. Department of Health & Human Services National Toxicology Program (ntp.niehs.nih.gov). Unfortunately, a good centralized database of known teratogens and mutagens does not yet exist.

The team set about creating a scoring system to rank comparable materials and was surprised to discover that the worst offenders usually appeared as the additives and optional extras. For example, flame-retardants, stain-resistant finishes, and sealers were toxic, which led the team to try to make better choices to reduce the need for these products.

However, even with the filtering criteria and assistance by chemists, the team discovered that the process to investigate each material requires a significant investment of time. Often, full disclosure (or lack thereof) of material content is a major hurdle that stymies the entire process. Weighing the findings of dozens of reports and research results that were often in disagreement was also a challenge.

The team found that a vision of a 100% toxin-free environment is unachievable in today’s market. The process for bringing these kinds of human health criteria into the mainstream can be slow. However, as designers, pushing the manufacturers and asking the right questions Stantec hopes to create a domino effect that will have a positive impact on the healing environments and human health.