April 2020
∘
Slidecast
∘
The Center For Health Design
Share
Slidecast
Why does this study matter?
Single family room (SFR) NICUs have been a common practice for a decade. While past studies have shed light on the mixed perceptions of single family rooms, results often depend on whether the study was focused on patient or staff point of view. This study brings a new perspective coming from the field of sociology. While the role of the built environment is often overlooked in sociology, van Heuvelen examined the role of the environment as a mediator of organizational culture.

How was the study done?
The researcher conducted an ethnographic study – a research design often used to examine the lives and culture of groups. In this case, the researcher observed the Level IV NICU for 13 months – 3 months in the open-bay unit before the move, during the move, and 10 months in the new SFR unit. Healthcare teams were shadowed during rounds and a nurse was shadowed during day-to-day activities. A journal of hand written field notes was created, and following the move, 40 interviews were conducted with staff. Notes were typed and coded in several rounds.

So what do we learn from this study?
Moving to the new SFR unit resulted in less time for discussion and personal support, and as a result, there was a higher reliance on individual assessment skills. This was felt to undermine the culture of collaboration, but in other instances, the prior collaborative culture was transposed. “Hallway hangouts” became an adjustment in collaboration.  Interactions that happened at the bedside before were now happening in the hallway – conversations, discussions, and even charting next to each other outside of the room. Some felt the increased physical space resulted in a calmer and more positive environment.  Opportunities for new norms were afforded by staff having more control over how social they were - enough physical distance to work on their own with the chance to interact with colleagues when they wanted. However, interesting and somewhat alarming workarounds developed. Providers were expected to perform hand hygiene upon entering a room. As a result, a phenomena of “doorway discussions” developed. Staff was observed standing just outside of the room to have conversations with the family and colleagues, rather than having to “pump in.”

Can we say the results are definitive?
Typically, post-occupancy occurs at least six months after opening. While the 13-month period is an extended timeline as compared to many studies, the overlap of preparing for the move and moving into the new facility may not fully reflect the strengths and weaknesses in the design. However, in this case, the real purpose of the study was to highlight the role of the environment in the study of organizational change, so the approach is probably appropriate. The researcher may have been unfamiliar with the breadth of research surrounding healthcare environments, and more specifically SFR NICUs.

What’s the takeaway?
Because these findings are consistent with past studies of nurse perceptions of a transition to SFR NICUs, the results aren’t necessarily “new news,” but it is a fresh set of eyes on the problem. In sociology, studies traditionally focus on changes in policy and practice and the influence on groups norms that include interactions, knowledge formation, practices and local culture. Where policy-based changes can be more easily be ignored, the physical change of the environment forces every member of the team to confront new institutional belief systems while simultaneously learning all the new work routines. We need to understand that physical environments are a dynamic force that influence organizational culture.

Our slidecasts are an outcome of the popular Research Matters presentations at the annual Healthcare Design Expo & Conference. Our research team picks papers that have some significance to the healthcare design community and distill the study down into a 5-minute summary of how the study was done, what was learned, the limitations and the takeaway. The slidecasts bring research to you in digestible format. Just five minutes, and you’ll know more.

Learn more about this research paper in our Knowledge Repository 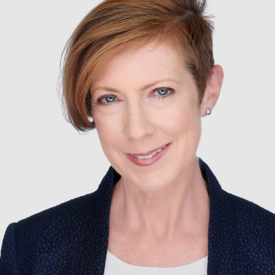 Ellen brings over 30 years of experience in architecture, research, and business to leading The Center’s research team. She is a registered architect and member of the American Institute of Architects who was recognized by Healthcare Design as the HCD10 Researcher in 2017, an award recognizing significant contributions to the industry.

Ellen has been responsible for conducting built environment design research, as well as large-scale program management, and extensive cross-departmental coordination. Ellen has a bachelor’s degree in architecture from Cornell University’s College of Architecture, Art and Planning, Global Executive MBA degrees from Columbia University and London Business School, and a PhD in design, patient safety and human factors from Loughborough University in England. She serves on the Executive Committee of the Steering Committee for the FGI Health Guidelines Revisions Committee, the Board of the AIA Academy of Architecture for Health (AAH), and the Editorial Advisory Boards of the Health Environments Research & Design (HERD) Journal and American Journal of Infection Control (AJIC).