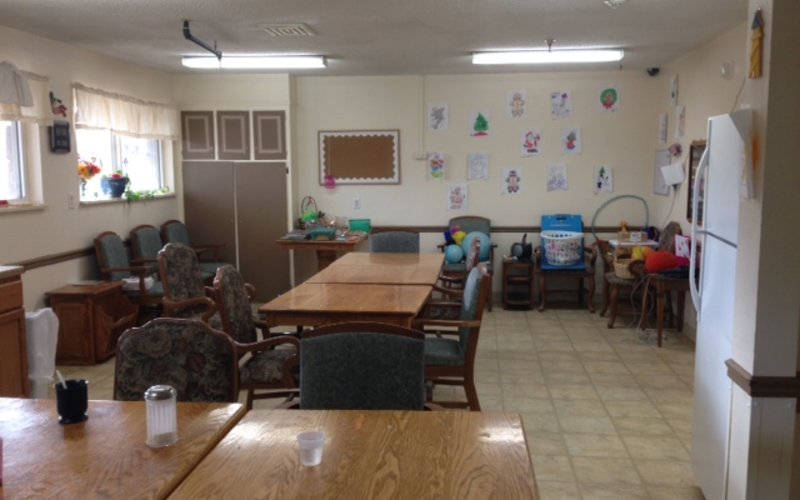 How to set up an older retrofit unit to fully support a more patient-centered care model?

A study was conducted to examine the impact of the physical environment on the behavior of residents with dementia in a special care unit in the Rocky Mountain region, and to determine which features support a better quality of life.

Researcher Christine Mobley, a lecturer in the Interior Design Program at Baylor University, recently conducted a study in order to better understand patterns of behavior in dementia patients and how these behaviors contribute to quality of life.

She focused her research on a special care unit (SCU) in the Rocky Mountain region of the United States. The unit is a retrofit added two decades ago in a building that dates back to the 1960s. As such, Mobley says that the design was not specifically tailored to the needs of this population and lacks many of the latest evidence-based design elements.

“I was looking at the staff’s perception of their own space, but I also showed them pictures of different healthcare settings to see what aspects they believed promoted a high quality of life for patients,” Mobley explains.

She noted in her research that the perceptions of staff members were different from her own observations of the residents. She believes that this is because the staff seemed to be trained more in the medical model, meaning that their perception was more focused on clinical concerns and less on the residents as individuals.

Mobley discovered a range of challenges inherent in the design of the unit and in the materials used throughout. “Some residents had a harder time finding their rooms because wayfinding in the unit was minimal,” Mobley says. “Room signage had no imagery, and there was no visual connection to each resident’s room or who they were as a person.”

Another challenge in the built environment was that the flooring material choices, which included commercial-grade PVC and faux wood, had a sheen on the surface that produced glare when sunlight hit at certain angles. This proved distracting to patients, who thought there was a spot on the floor or worried they might trip over something. A flooring transition strip also made wheelchair navigation difficult, and the flooring surface in the kitchen (sheet vinyl) was worn all the way down in one area. These issues called attention to the need for designers to select more durable materials that stand up to wear over time.

Despite all of the challenges in the built environment that Mobley identified, she also found some positive design elements that fostered communication and socialization among residents. For instance, she noticed that residents seemed to congregate around the kitchen table and socialize. While she can’t say definitively what drew patients to this area, she speculates that the placement of the furniture and the natural light coming through the windows, along with the artificial lighting in the kitchen area, could all contribute to its appeal.

“It also seemed like locations where there were multiple seating options had the potential to increase socialization,” Mobley says. “One seating area faced the TV, so instead of sitting and socializing, the residents were watching the TV. But at times, they would turn and socialize based on what was on TV—so it still fostered some communication.”

She also noted an area in the hallway with several chairs and a side table where she would often sit to observe. This arrangement seemed to encourage communication, drawing residents to come and sit down with her or say something as they passed.

“There were two other behaviors that I identified as potential ties to better quality of life,” she says. “One is the power of touch.” According to Mobley, residents’ facial expressions seemed peaceful whenever they experienced positive physical touch, such as a hand on their shoulder. This observation could help guide new therapies and settings.

“The second positive behavior I found is cleaning,” she says, pointing out that in past generations, women did a lot of cleaning—so cleaning gestures may be familiar and comforting. “The women in the unit would make wiping motions as if trying to clean the walls, tables, and other surfaces. Their body language was peaceful, and their facial expressions calm.” She suggests that designers try to incorporate ways for residents to help care for their own spaces safely (without the use of chemicals).

There are limitations to the conclusions that can be drawn from Mobley’s research as it was focused on just one unit. However, the information gleaned raises some interesting issues. Mobley has shared her findings with the Rocky Mountain region SCU in the hopes that this information will guide some changes that could better support residents and improve their quality of life.

Facilities and designers need to remember that their design choices will impact patients and potentially impact business. It comes down to researching your materials, researching who your resident is, researching what dementia is and how it affects patients, and researching how you can help them within their physical environment.

First and foremost, designers can pay careful attention to material and layout decisions for spaces serving people with dementia and other special needs. Mobley suggests strategic seating arrangements to encourage socialization and communication, as well as personalizing common spaces with mementos or artwork. “It would be helpful to have some visual connection to show who the residents are now, and who they were before the disease,” she says.

While she has no firm plans yet to conduct further research on this topic, her hope is to fine-tune the study design and repeat it in other facilities to further explore different attributes of the physical environment, including artificial and natural lighting, physical touch, and cleaning. “I want to figure out how we can incorporate these invisible behaviors in a way that promotes a positive quality of life for people living with dementia,” she says.

Looking at the healthcare field moving forward, Mobley points out that “organizations can’t afford to make decisions based on financial savings anymore. Instead, they must put the patient first, or risk losing business over the long term.”

Organizations can’t afford to make decisions based on financial savings anymore. Instead, they must put the patient first, or risk losing business over the long term.

She adds that special populations can benefit from special planning. “Facilities and designers need to remember that their design choices will impact patients and potentially impact business. It comes down to researching your materials, researching who your resident is, researching what dementia is and how it affects patients, and researching how you can help them within their physical environment,” she stresses.